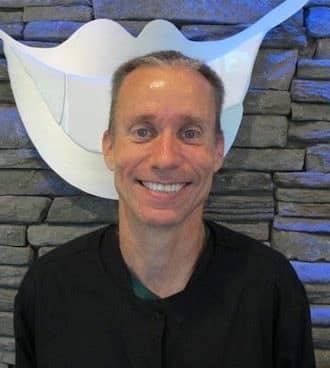 Dr. Kevin Taylor was born and raised in Pittsburgh, PA. He received his undergraduate degree in biology from Shippensburg University, and then went on to graduate from UNC’s dental school in 2010. He has extensive experience with treating both children and adults and is a registered Invisalign provider. His memberships include the American Dental Association and the North Carolina Dental Society.

Dr. Taylor resides in the Rocky Mount/Wilson area of Eastern North Carolina, along with his wife and 12-year-old son, whom they adopted from Ethiopia. He has been working full-time at the Goldsboro office of Carolina Dental Arts since 2018 and will continue to do so well into the future, as his family is firmly planted in Eastern Carolina. He is very active in the community, including being a volunteer leader for his church’s youth ministry, as well as coaching basketball, soccer, and flag football in youth leagues. During the summers, his family hosts 2 players from the Wilson Tobs minor league baseball team. In addition, he passionately plays in both city and Hispanic recreational adult soccer leagues in Rocky Mount and Wilson. However, his most impressive athletic accomplishments came as a distance runner, including winning the 2000 Pittsburgh Marathon, as well as placing 28th at the 2004 U.S. Olympic Marathon Trials.

Kathy Anders
Excellent staff and love my dentist and the ladies in the office! Mrs. Patsy is my favorite and Liz is second. They are all good at what they do. Keeping my smile and my teeth looking their best! Awesome as always!

Marian Malone
Ashley who was my hygienist today did such a wonderful job on my teeth. I have gone in for cleanings before with other dentists in the area of Goldsboro and always come out with yellow teeth still.. I did not have any any kind of whitening done she just cleaned my teeth and I felt so good afterward .

Rodney Mealing Jr
The Staff and service were great. From scheduling to dental work done, everything went easy. Felt relaxed, would recommend their services.

Tisse Martin (Tisse)
Carolina Dental Arts staff & services are amazing. I called in as a new patient. They got me in and took care of my tooth the same day, with little waiting time. I was truly impressed. Thanks again CDA, see you guys soon ! 🤗

Janai Donyele
My name is Sharonda. And I have been going to Carolina Dental for years, this is my family, whom I love so much. So kind very considerate, and patient. God bless everyone that works there. Love u guys.

Ellen Barlow
Friendly staff and Dr Taylor!! They really ease your anxiety!
Google rating score: 4.9 of 5, based on 333 reviews

Carolina Dental Arts have locations in the following areas of NC. Find specific information on how to contact them by selecting the city most convenient to you.

Find us on these social networks